Founded in Toulouse in 1918, the Aéropostale was a pioneering aviation company which offered the first air route connecting France with its colonies. Aviation legends such as Jean Mermoz and Antoine de Saint-Exupéry were both pilots with the company. To mark the centenary, Toulouse is opening ‘La Piste des Géants’ on the old airport runway. The area will include an aviation museum, a 6,000m² contemporary hall dedicated to the artistic project ‘La Machine’, and is surrounded by 3ha gardens symbolising the continents and landscapes of those first pioneering aviation routes. The venue will officially open on 9 November but will be preceded by a spectacular opening show with a giant spider parading through the streets of Toulouse (1-4 November).

‘The Guardian of the Temple’ inaugural show, a world premiere

The inaugural show will take place from 1-4 November 2018 and will mark the official opening of the ‘Halle de La Machine‘. On this occasion, the Guardian of the Temple, a giant spider created by François Delarozière and La Compagnie La Machine, will parade through the streets of Toulouse.

The Runway of Giants,

Three cultural sites in one

Whilst Nantes has been home to the workshops of La Machine for many years now, La Machine Company is ready to take their spectacular creatures out of the workshops and display them to Toulouse visitors and locals. As part of a urban project in the very heart of the Montaudran area, La Halle de La Machine was designed by the architect Patrick Arotcharen and will be home of a 6,000m² contemporary hall whose roof has been built in the shape of aircraft wings. La Halle will officially open its doors to the public on 9th November 2018 where visitors will be able to see more than 100 machines come to life.

L’Envol des Pionniers (flight of the pioneers) is a memorial building opening end of December 2018 that will host a 1,000m² permanent exhibition focused on pioneers’ adventures and the history of the Toulouse aviation site. Visitors will be able to discover, among other things, the Bréguet XIV flight simulator that is currently under construction.

Located alongside the former Aéropostale runway, these gardens are inspired by the 3 continents crossed by the pioneers earlier this century. Across 8 different landscapes ranging from Toulouse to Valparaiso in Chile, these gardens will also offer play areas for children to explore and interactive features. 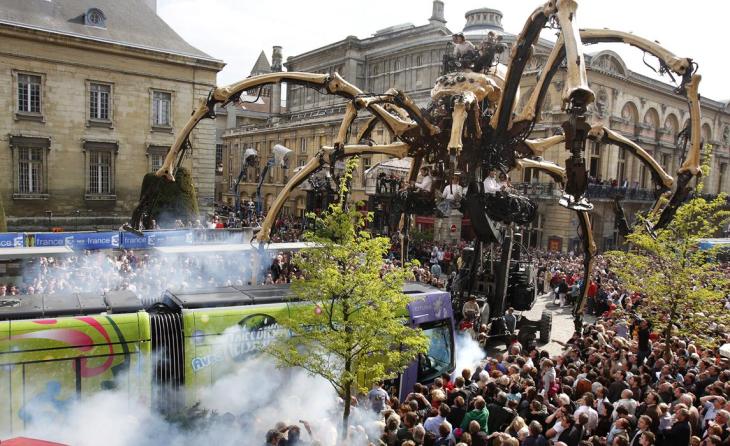